Are you stuck in the Bottled Water Twilight Zone?

How many times have you seen these large bottled water companies claim with advertisements and images, that their bottled water is from a “Natural Spring” or “Mountain Water” These marketing tricks pull you in and fool you into thinking you’re drinking such pure and natural water, when in reality, it’s much less appealing.

According to a USA Today article about the disputes over bottled water, large corporations like Nestle, Coca-Cola, and PepsiCo all use these tricks and tactics to fool their consumers into buying their 16 oz bottles and 5-gallon jugs “sourced from a spring”, when in reality they are not.

“Fresh great-tasting spring water right in your home or office anytime you want it!”

According to the USA Today source, the legal complaint against Nestlé mentioned, “After speaking to several Nestlé Waters’ employees, this officer was informed for the first time that the Ice Mountain five-gallon bottles do not contain 100% natural spring water but instead contain resold municipal tap water,” To which Nestlé Waters spokeswoman, Jane Lazgin replied, “the caps on Ice Mountain’s five-gallon bottles are labeled to show they contain water from the Woodridge, Ill., municipal system that’s been purified through a reverse osmosis process. That disclosure complies with federal requirements…”

These types of lawsuits have been occurring for years. In 2003, Poland Spring was sued for claiming their water came from, “pristine springs in the forest of Maine” when in reality it comes from multiple sources, some as far as 35 miles away from the original Poland Spring. In 2007, Pepsi’s Aquafina “failed to inform consumers that the source of the water was public tap water, not water from an inherently cleaner source, such as a mountain” Even Coca-Cola’s Vitamin water was sued for “potentially misleading consumers” claiming that Vitamin water is healthy, when in fact there are 33 grams of sugar, “almost as much as a can of coke.”

To learn more about these studies and the information provided in this blog, read the rest of this USA Today article here.

There’s no surprise that these big-name companies mislead consumers to make more money. Don’t get caught up in the Twilight Zone anymore and make the switch to ACTUAL pure and better-tasting water with Blue Marble Water Solutions today! 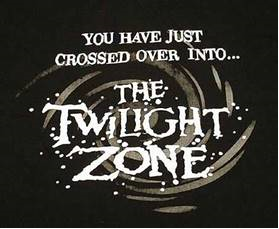