Tainted Water is Seeping into the Drinking Waters of Bucks & Montco Areas.

Did you know that towns in Bucks and the Montco area surrounding Horsham, Warrington, and Warminster have also tested positive for high levels of PFOA’s and PFOS’s?
In December of 2018, an article was released in the Philadelphia Inquirer about the harmful chemicals polluting the water in the Bucks and Montgomery County areas, as well as other areas as far as Springfield and Cheltenham.

Per-and poly-fluoroalkyl substances, or PFSAS, are man-made compounds used in firefighting foam on military bases and airports alike and can be found in other materials to this day. According to the Agency for Toxic Substances and Disease Registry (ATSDR), these chemicals have been linked to cancer, fertility problems, liver damage, high cholesterol, and other health issues.

These chemicals have been found in the groundwater and stormwater surround the Naval bases in Willow Grove and Warminster and have been contaminating the area for around 50 years and have now been detected in drinking wells farther from the bases. More and more towns are joining the growing list of places with levels of contaminated water since 2014.

The Philadelphia Inquirer article quotes Christopher Higgins, a leading researcher on PFAS and a professor at the Colorado School of mines saying, “Once [the chemicals] are in the groundwater it’s really hard to stop the spread, and treating them is even more difficult.” Furthermore, it states that “He predicted that PFAS will keep showing up in water supplies over time as groundwater and surface water move.”

With all the buzz surrounding our health, we should be more informed on what we are ingesting in our bodies. At Blue Marble Water Solutions, our hyperfiltration systems utilizing Reverse Osmosis, remove harmful carcinogens, toxins (PFOA’s & PFOS’s), Bacteria & Viruses, and pharmaceuticals. We offer peace of mind with healthier and better-tasting water!

To learn more about to contamination of our water supply, read the article cited here and contact Blue Marble Water Solutions to take charge of your drinking water! 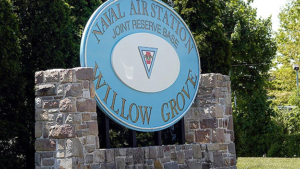